The Peninsula Hotel in Paris was originally built as the Majestic Hotel, designed by french architect Armand Sibien. From 1908 to 1936 this emblematic luxury building was the gathering place for French high society. Before reopening in 2014 the building was fully remodeled.

The history and spirit of this legendary hotel is present in all its public areas, as these rooms were once the gathering place for international conventions, negotiations and treaties that took place within its walls.

Ateliers de France worked closely together with architect Richard Martinet, responsible for the public areas at ground level, and architect Henry Leung for all other levels. A work of restitution and reconstruction was necessary for both public and private areas of the hotel, due to the changes of function of the building throughout his life. The exceptionally fine and comprehensive restoration work performed include installation of marble floors, restoration of stucco and wood paneling, parquets, painted canvases, canopies, ironmongery, gilding and painting. All these trades were carefully coordinated in order to achieve the highest level of craftsmanship.

Ateliers de France has not only worked on the public areas and suites, but has also been responsible for fabricating the furnishing and finishes of 182 bathrooms in a combination of Carrara and black Marquina marbles. 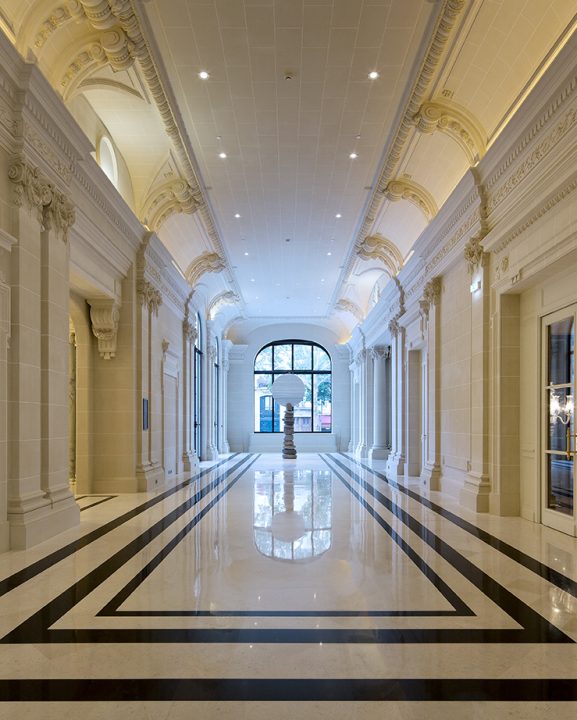 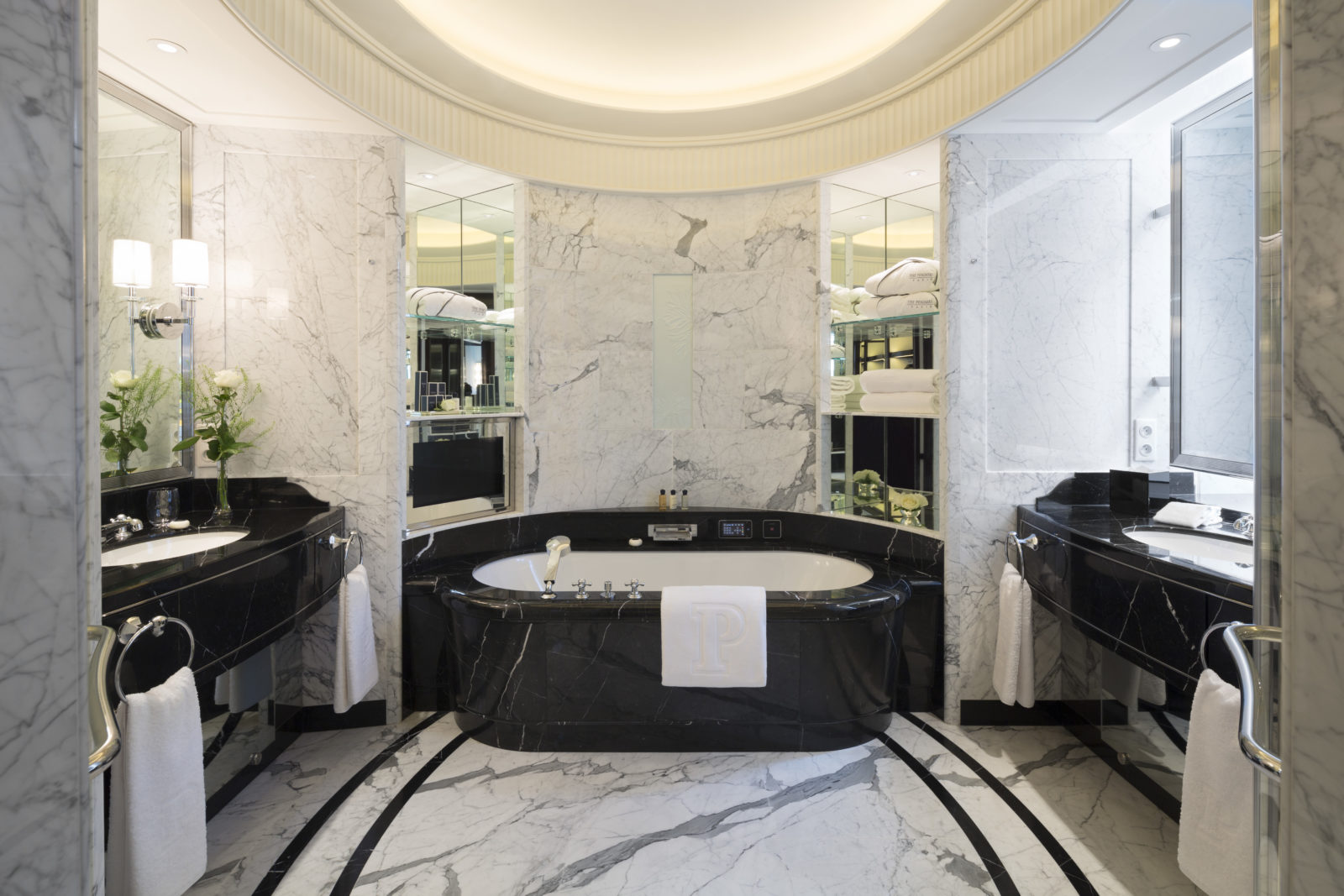 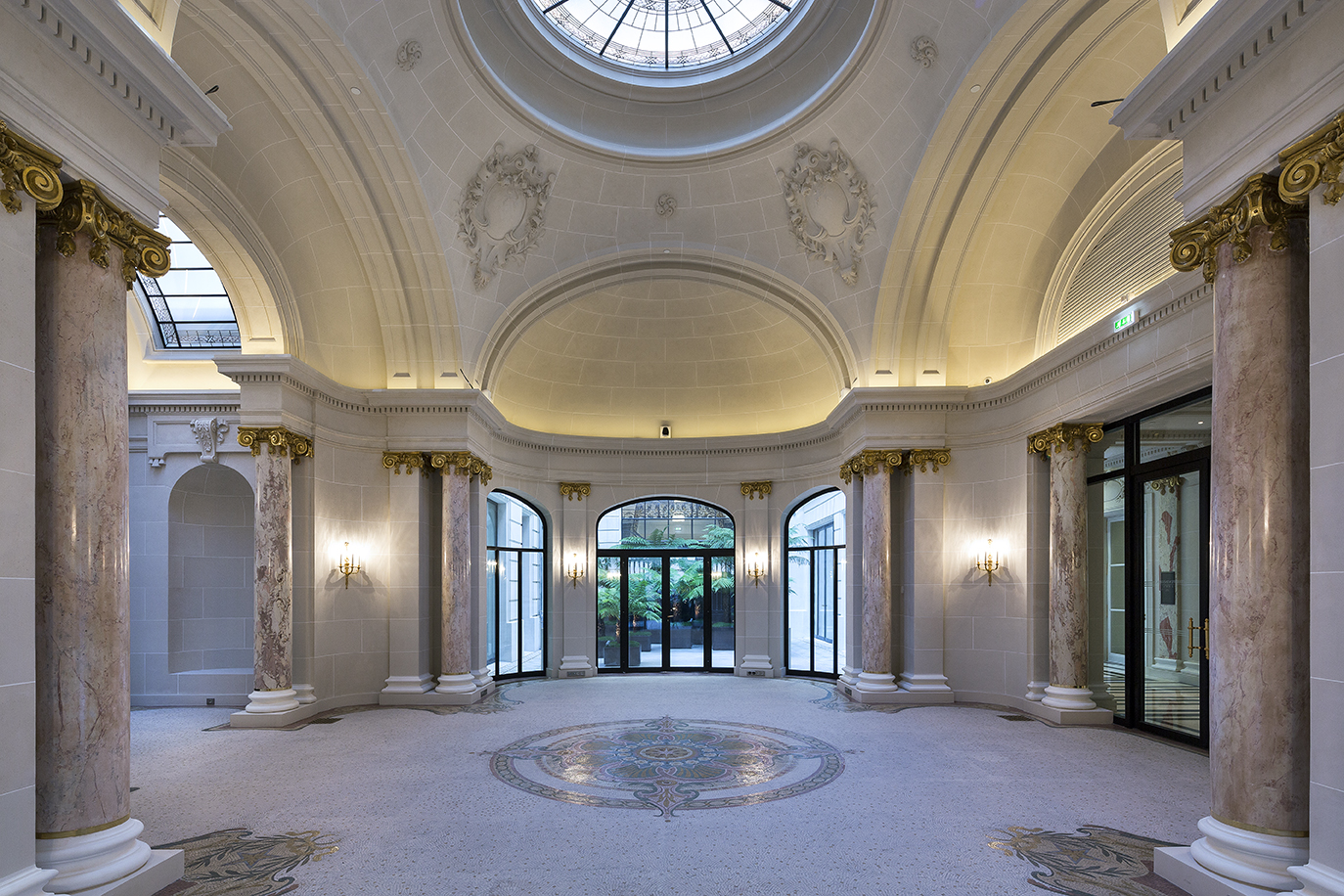 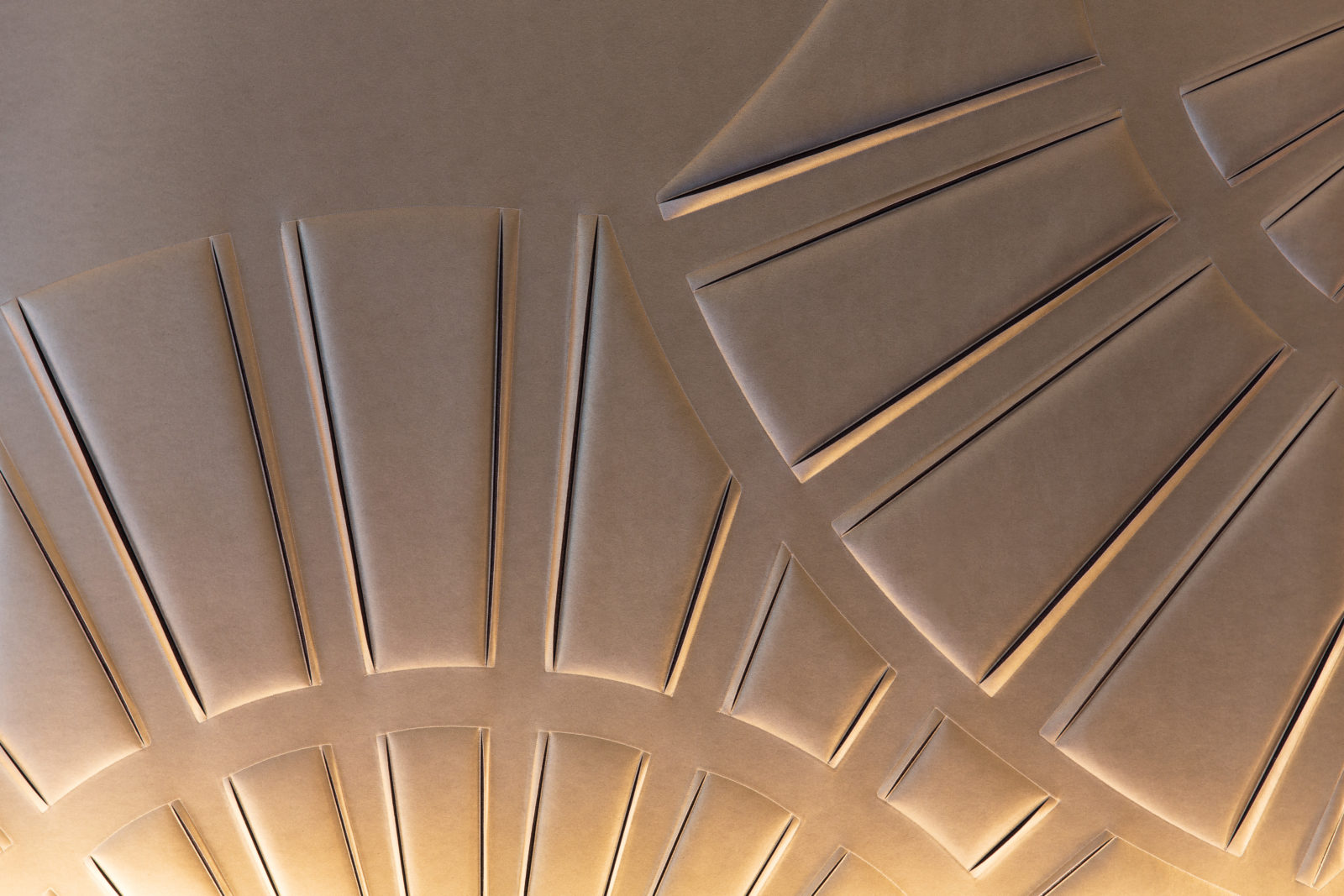 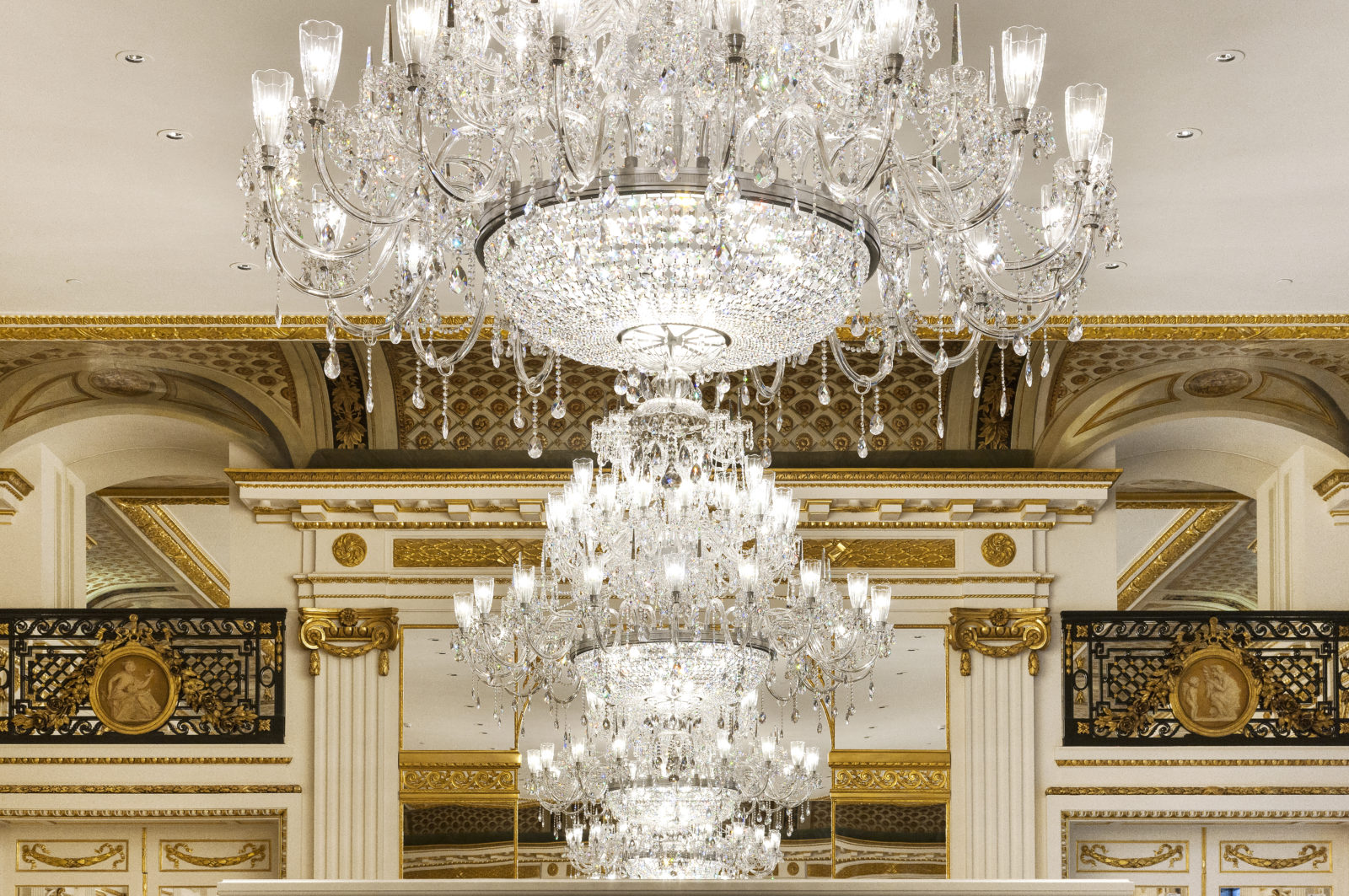