Restore the luster of the Royal Chapel

This Royal Chapel is located inside the palace complex of Vincennes in Paris, and it was deplorable condition by the year 2000.

An integral restoration campaign was organized between 2007 and 2008. H. Chevalier worked on the interior vaults, ribs, window openings, paving stones and walls. Atelier Arcoa restored all painted hanging keys of the nave.

In 2015 The National Center for Historic Monuments decided to restore the exterior of the chapel. H. Chevalier is again selected to perform the restoration work. This included the gothic mantelpieces, cornices, pinnacles, rosettes, windows and gargoyles. The rose window on the west facade was in special need of extensive restoration.

During the three-year restoration of this exceptional Gothic monument, we had two limestone carving facilities installed at the very foot of the scaffolding. This important project allowed our stone carvers to produce on site and also to train several apprentices.

Near 70 M2 of stone have been selected, cut to measure onsite and installed at the palace complex. The installation of gargoyles was only possible by hosting them with a crane installed inside the castle. As was the practice in the Middle Ages, the rosette and pinnacles have been cast in lead to give the masonry flexibility in the event of strong winds. 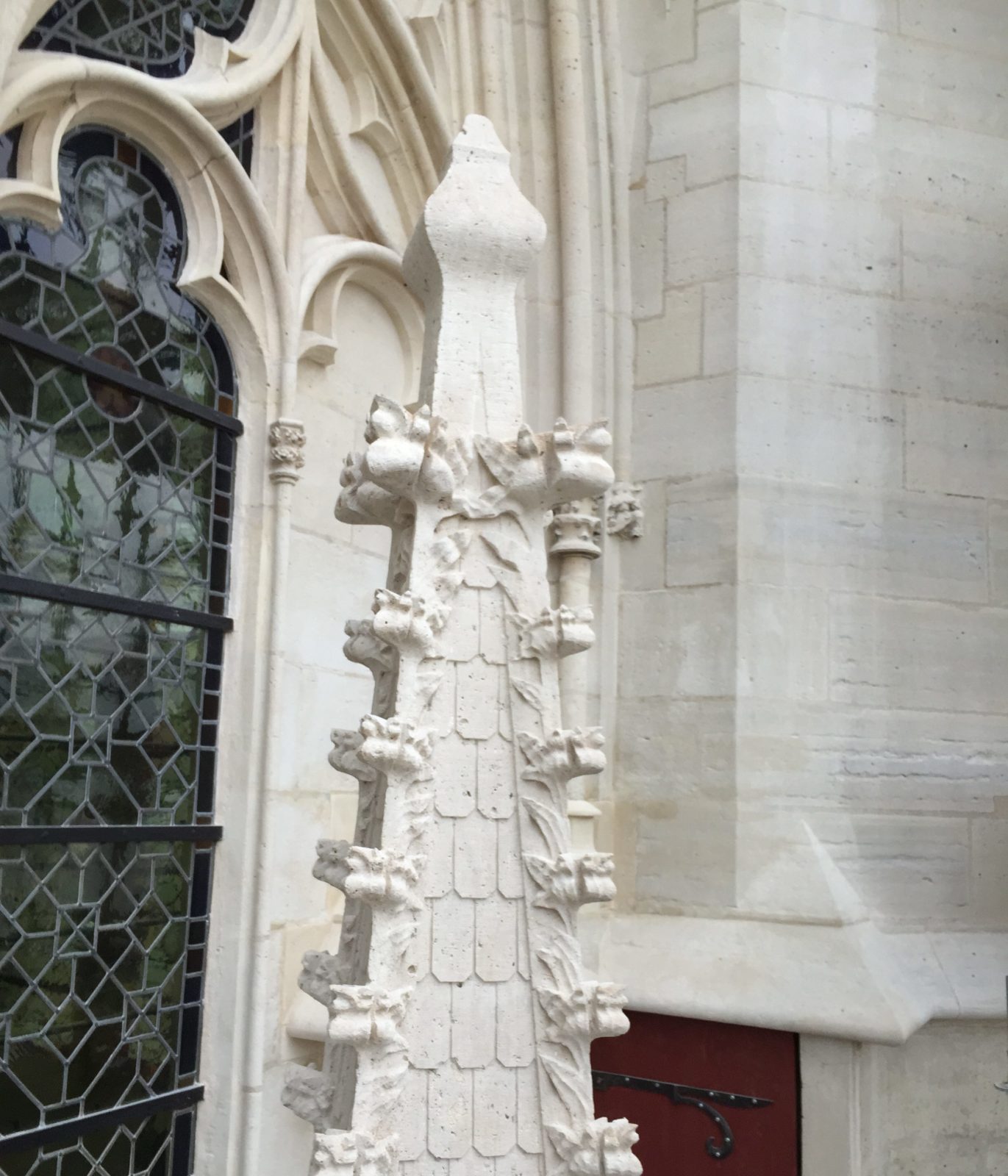 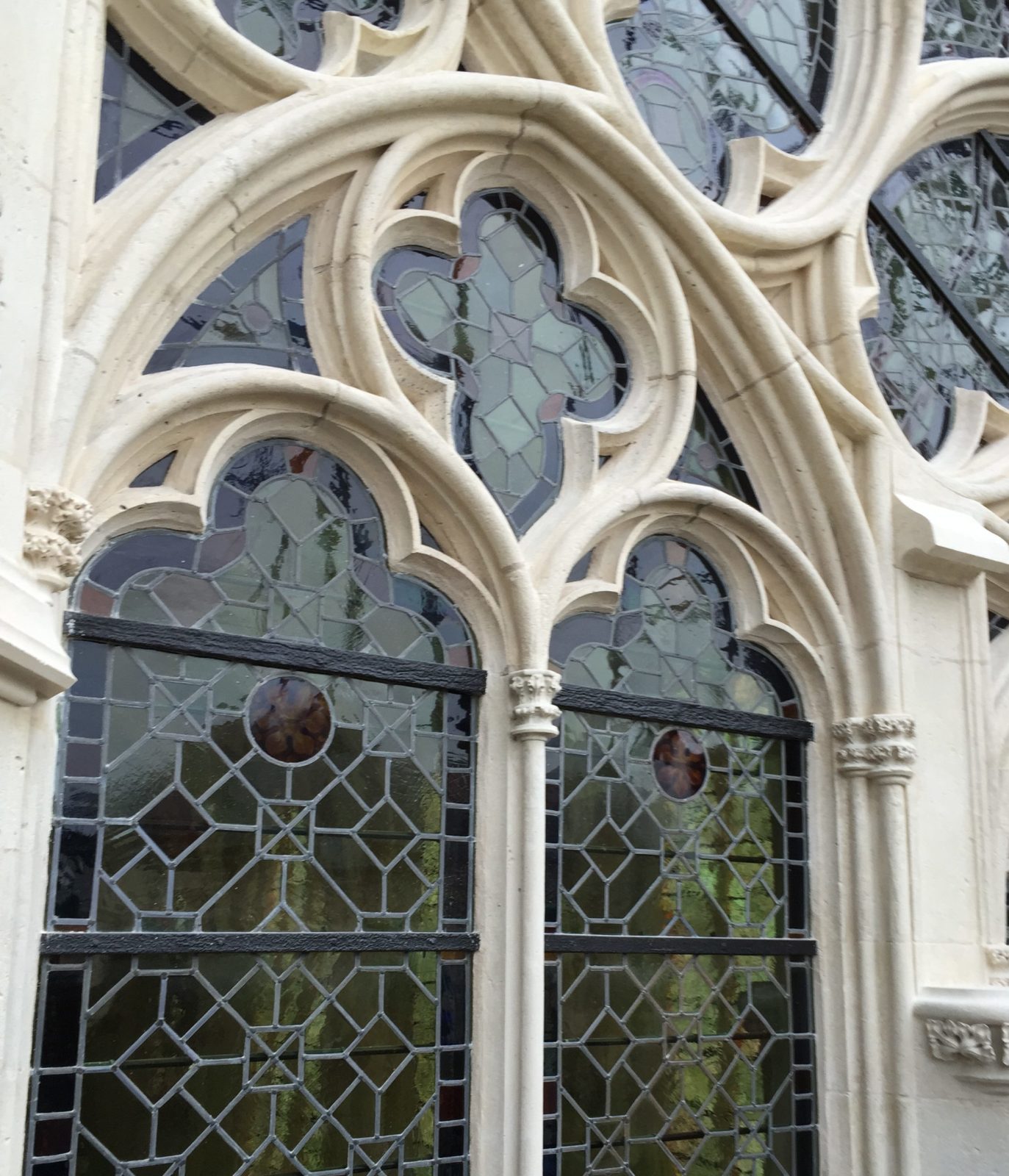 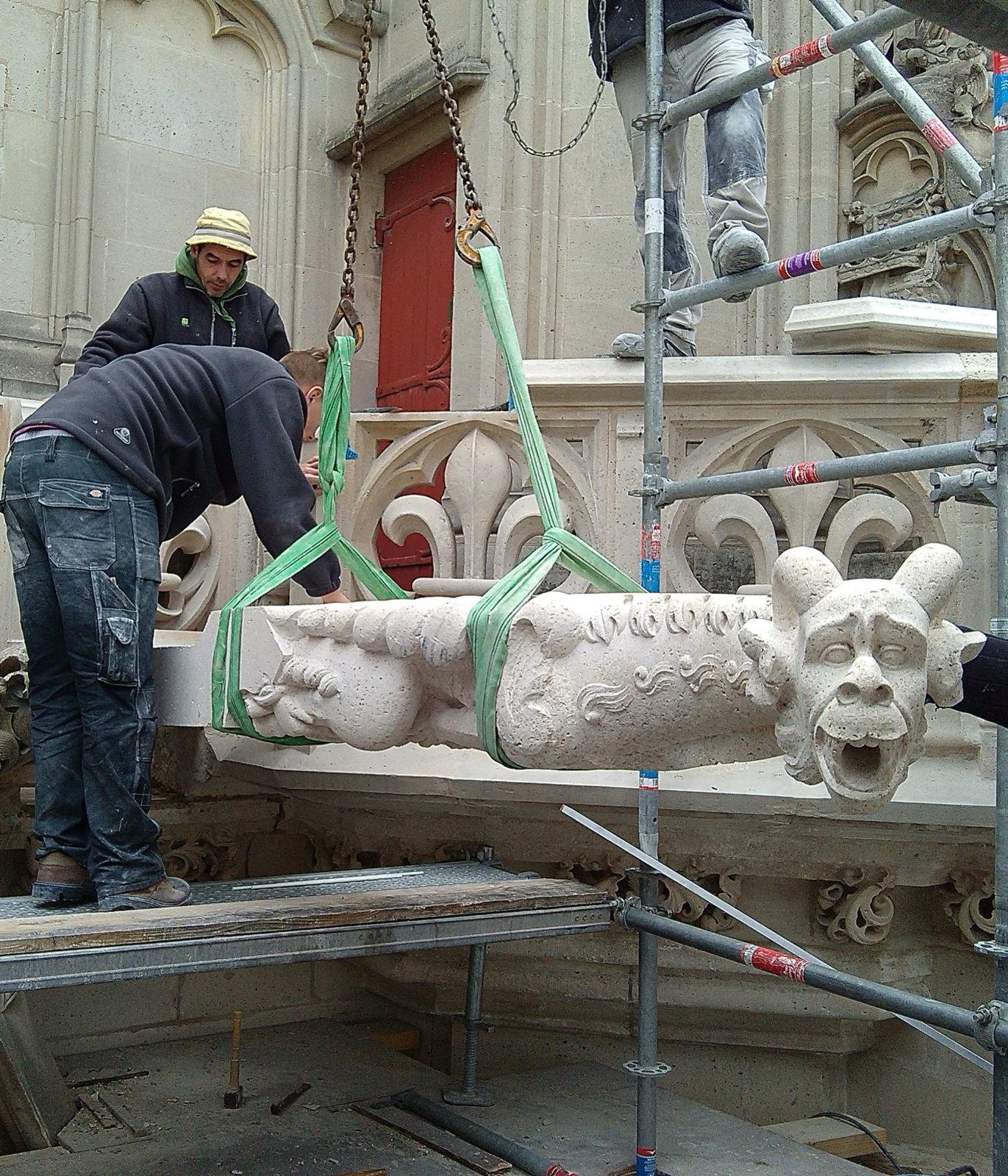 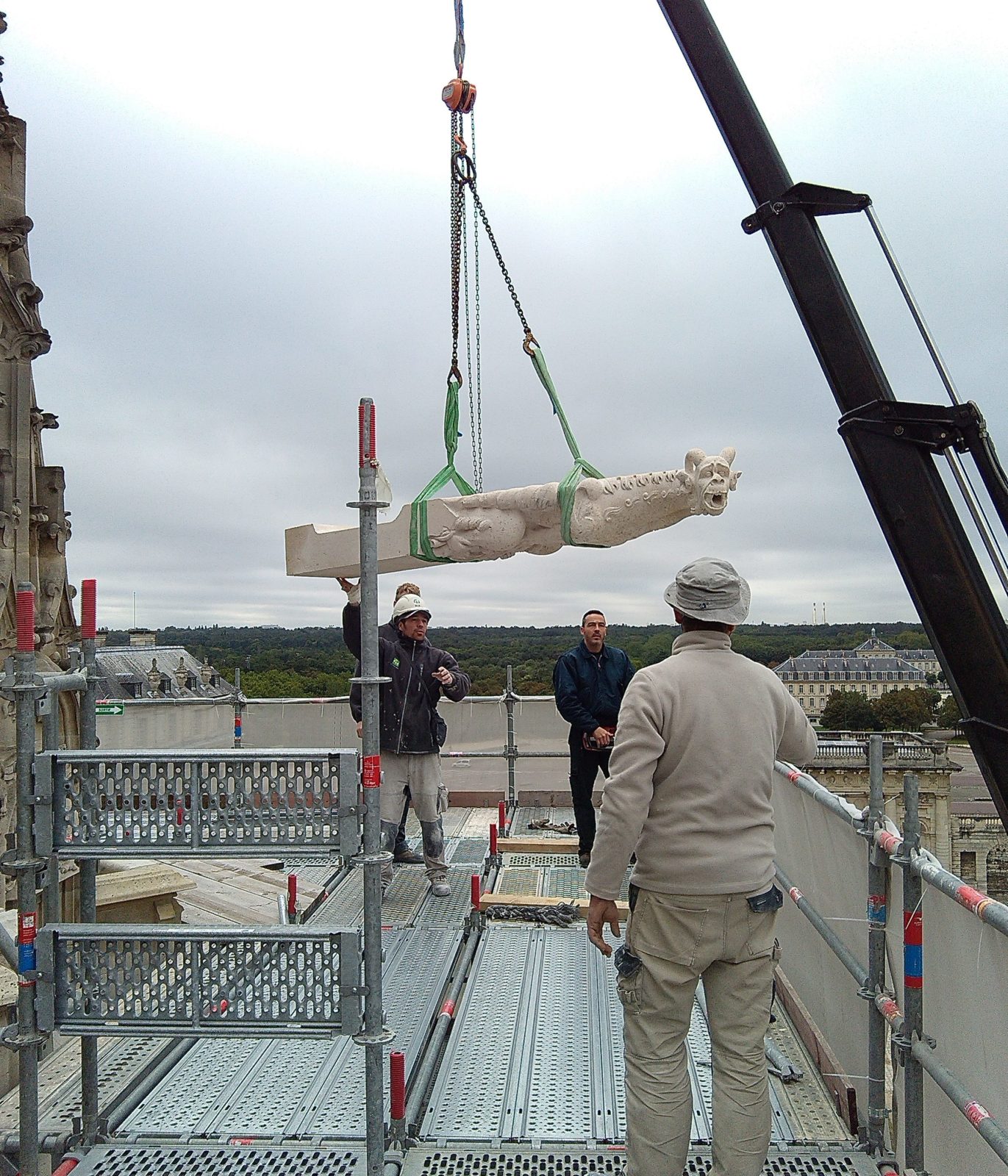 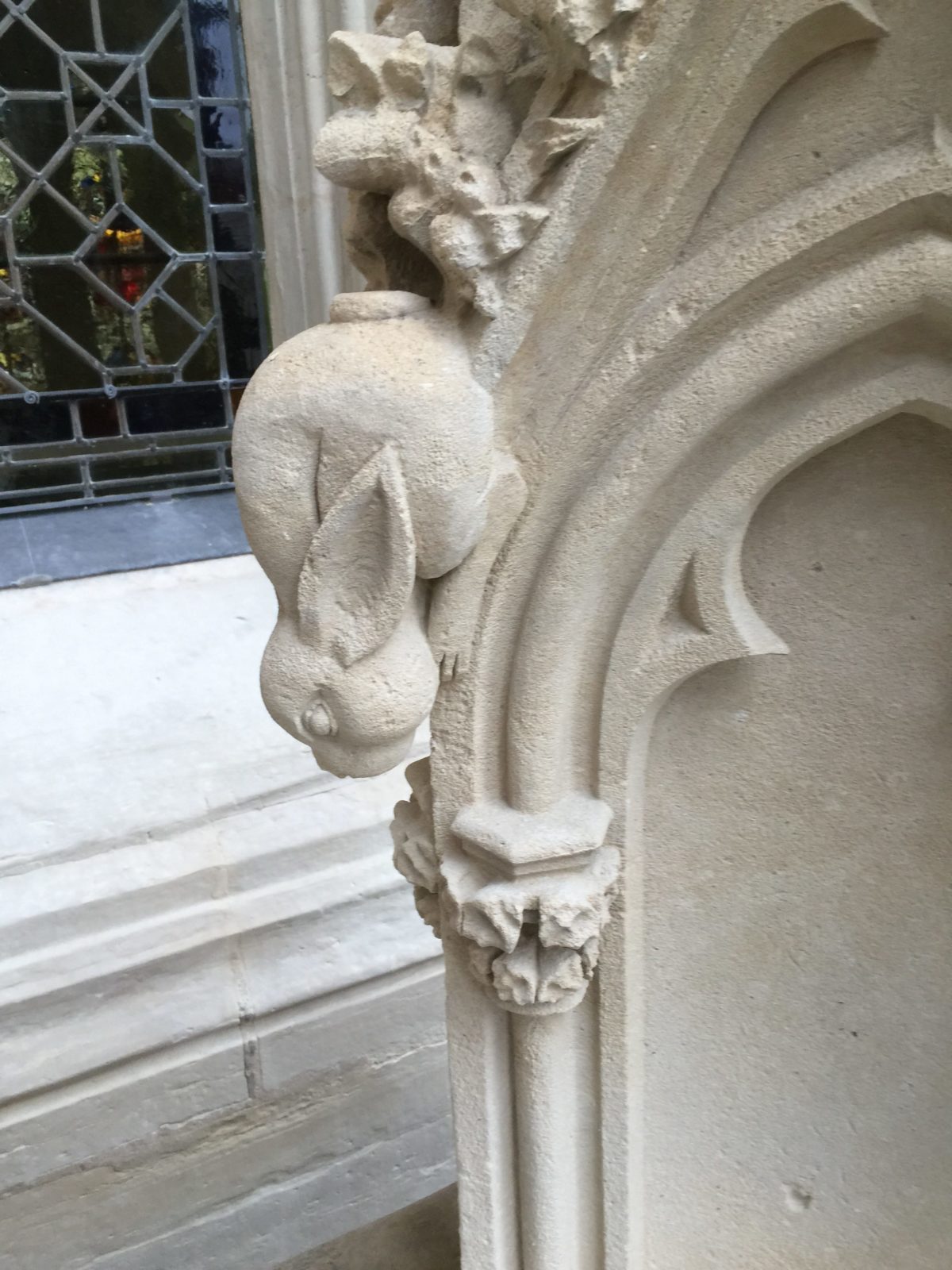 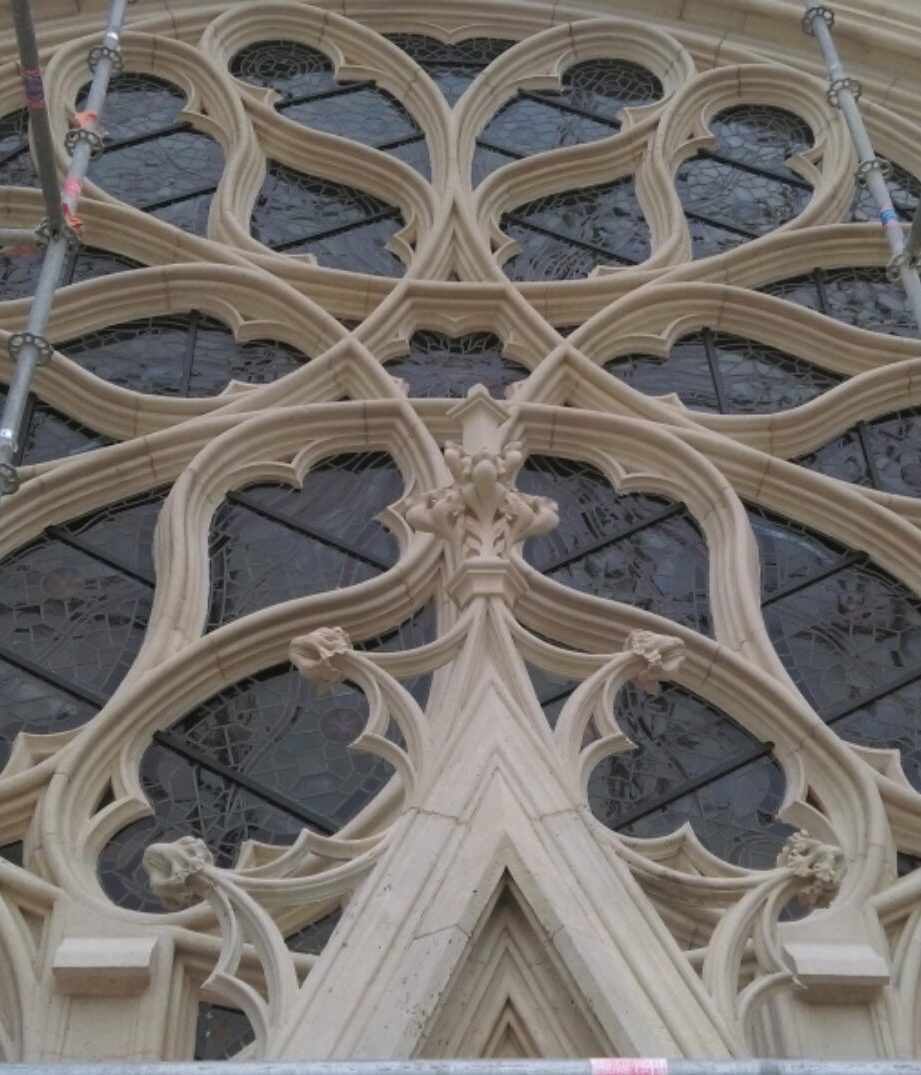