Core and shell of the oldest museum in Paris

Restoration of the stone facades, sculpted elements and exterior woodworks

After more than 4 years of work, the Carnavalet Museum has finally opened its doors! Three companies of the Ateliers De France group worked on the restoration of the core and shell of this prestigious museum.

The company H.Chevalier, a specialist in stonework, took charge of the restoration of the façades and the 400m2 of paving in the peristyle. The works included the deleading and cleaning of the 2,580m2 façade, the replacement of damaged stone elements with blocks of St Maximin limestone carved on site and the application of patinas to even out the colour of the stones.

Atelier Chevalier was involved in the restoration of all the sculpted elements of the facades. The restorers cleaned, consolidated and levelled the volumes on site and applied patinas to the sculpted elements – including the famous ship in the draper’s court – which could be restored. Others, too damaged, were restored to new condition in the Suresnes workshop.

Atelier de la Boiserie was appointed to restore the exterior woodwork: 200 windows and a dozen doors. The first step was to carry out a preliminary inspection to identify any pathologies before taking action. Nearly half of the woodwork, which was very damaged, was transferred to the workshops in Gargas, where it sometimes had to be completely disassembled. In total, this project involved nearly 30 carpenters. 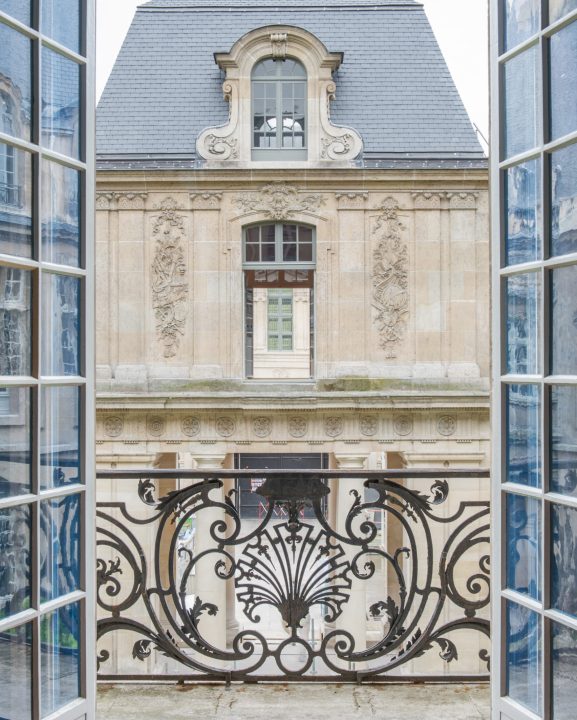 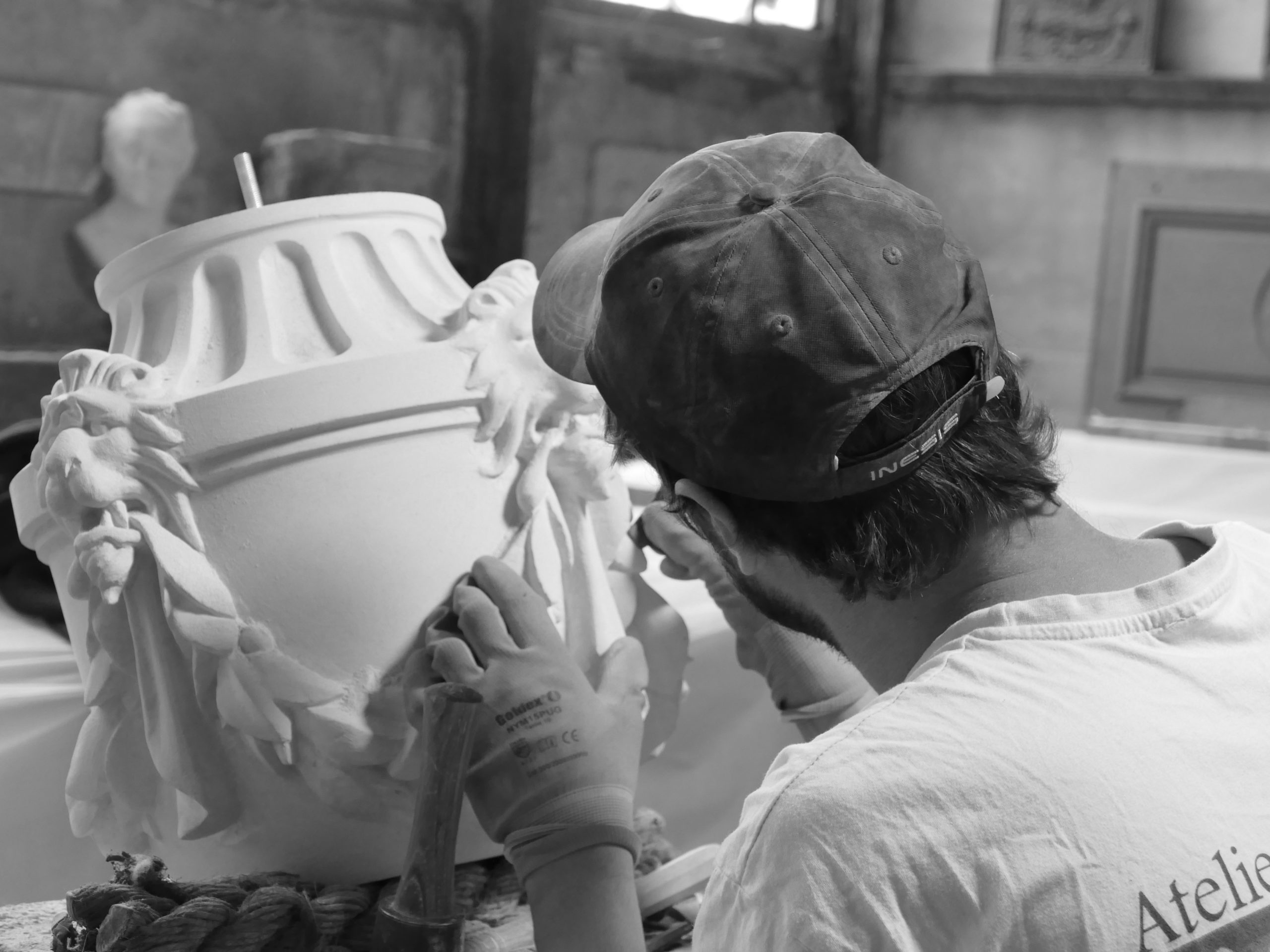 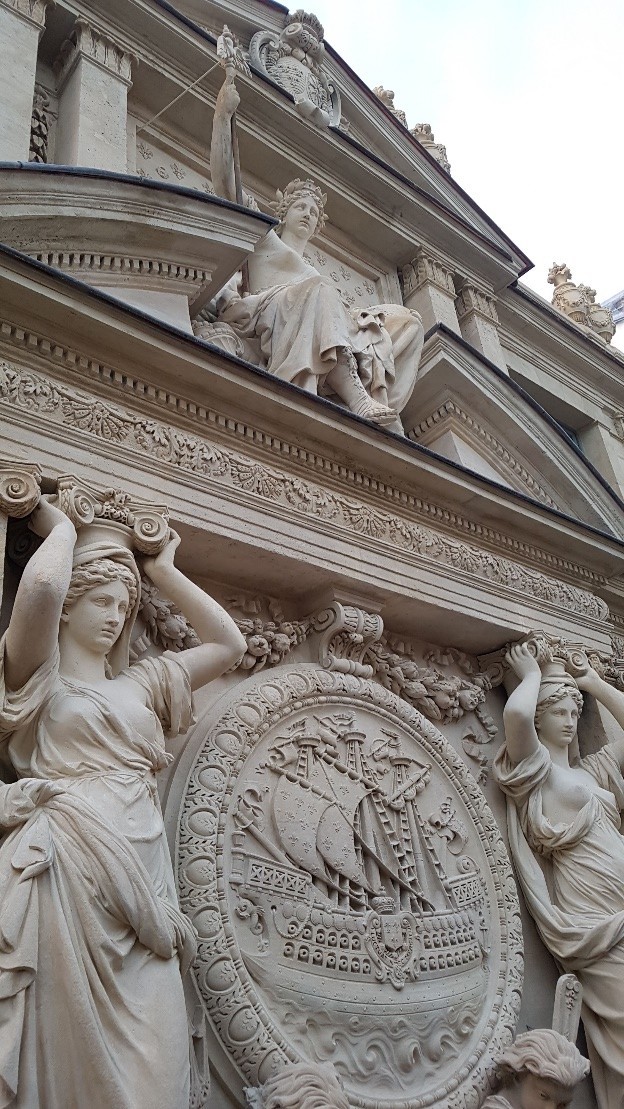 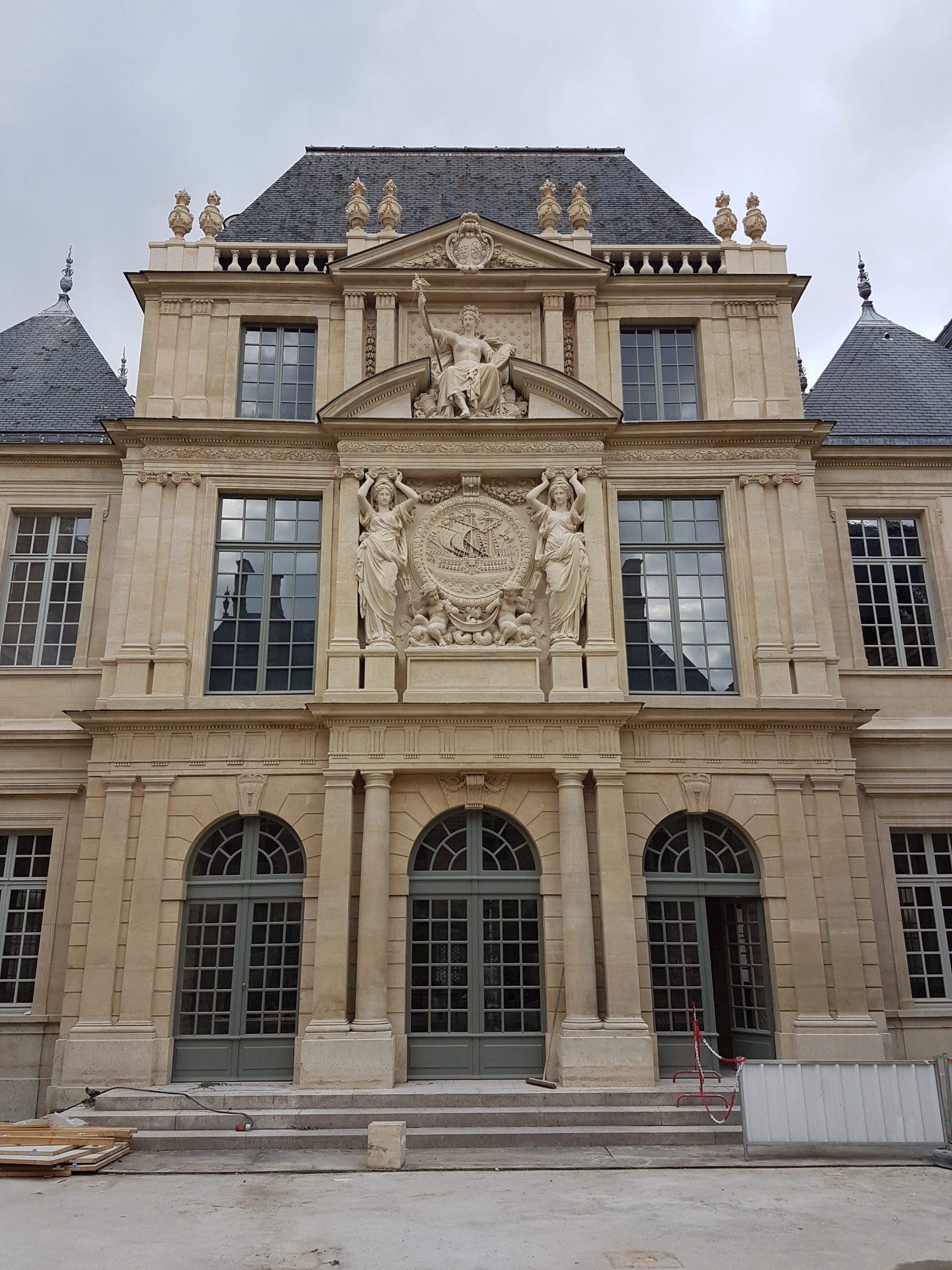 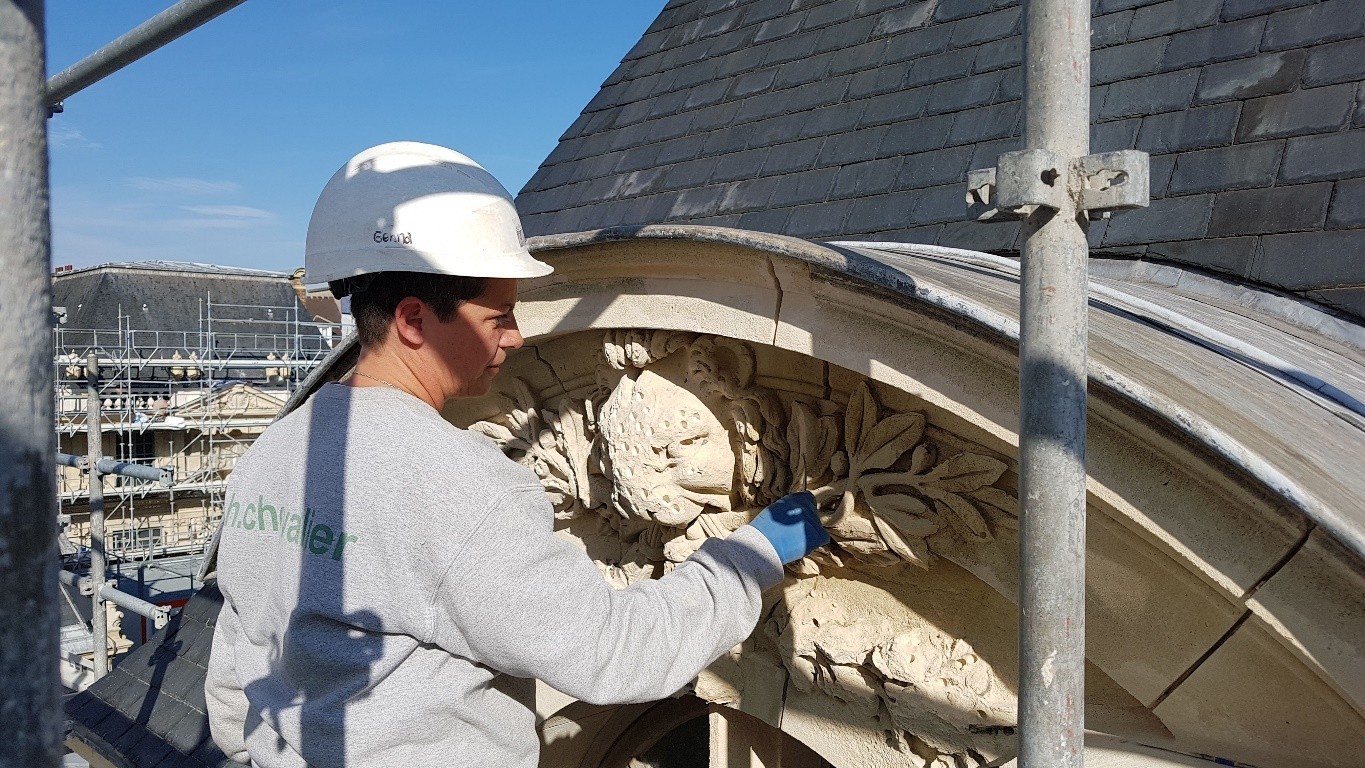 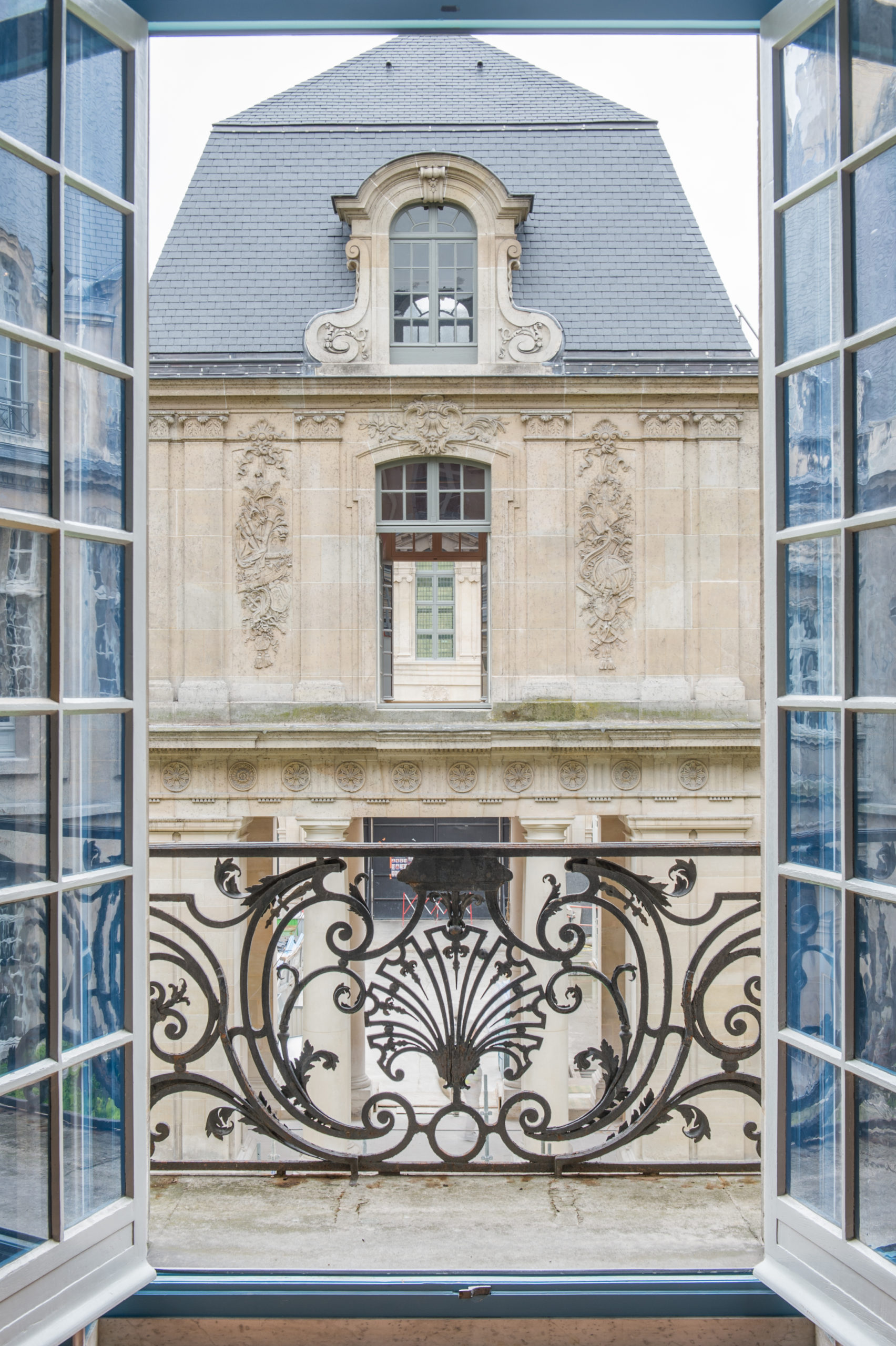