Restoration of the lead sculptures, dressed stone facades and balustrades

After 3 years of restoration, the Royal Chapel of the Palace of Versailles has just been completed. Two companies from the Ateliers De France group had the opportunity to work on this prestigious project.

Socra’s teams were in charge of restoring the lead sculptures, including the two sculpted groups, the skylight decorations and the cherub heads. These elements, which had suffered significant physical damage (cracks, tears, occasional openings in the joints), were restored in the Socra workshop in the heart of the Périgord region, before being returned to their place to be gilded.

Chevalier was responsible for the masonry and dressed stone work, which included the restoration of the facades and balustrades. Many of the stones, which were very damaged, had to be replaced by stones of the same or equivalent nature in terms of hardness, porosity, texture and colour: the hard rock from Saint Maximin and the soft stone from Tercé were selected. Some of the stones were cut in the workshop, while others, more complex, were cut on site in a cutting lodge. Transporting dressed stones that can weigh more than a ton to their final location over the scaffolding without spalling is always a technical challenge. 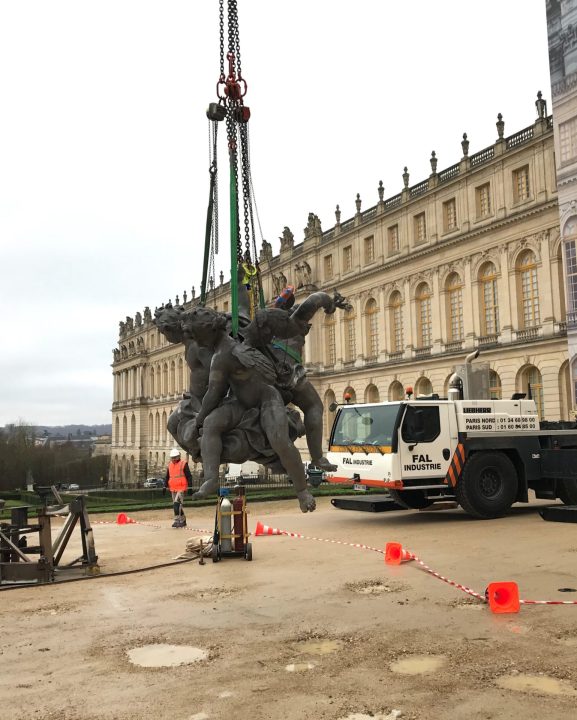 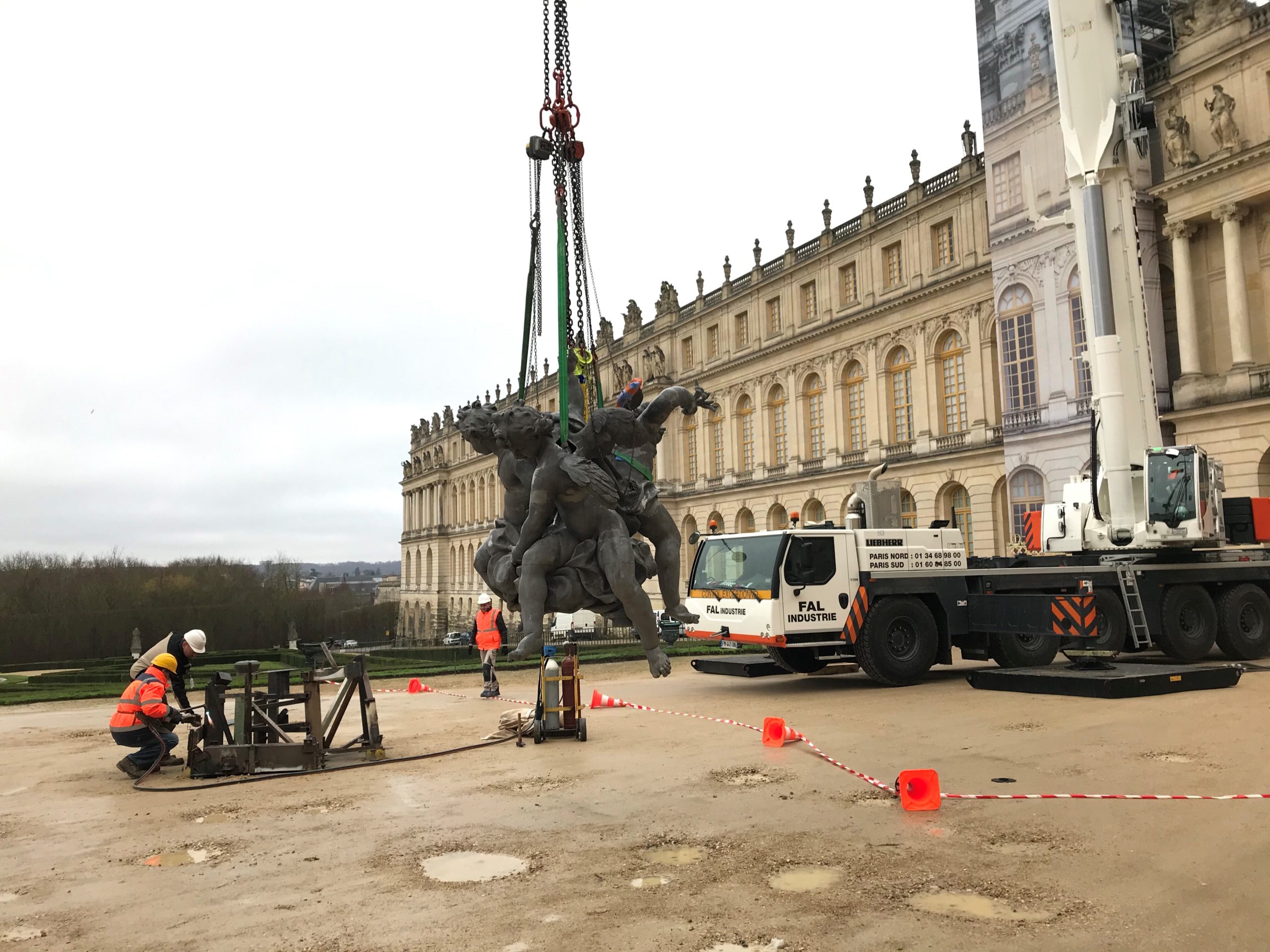 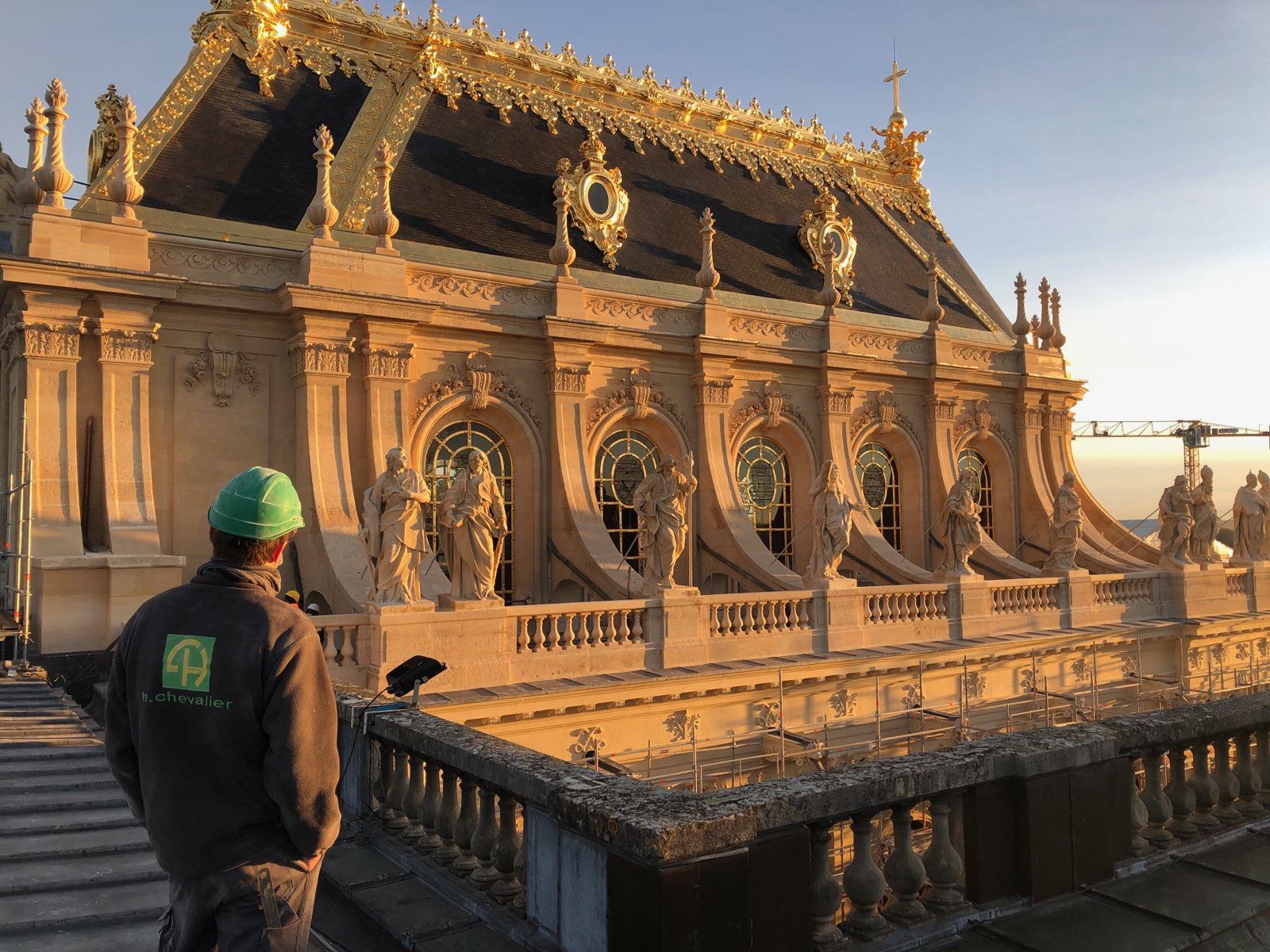 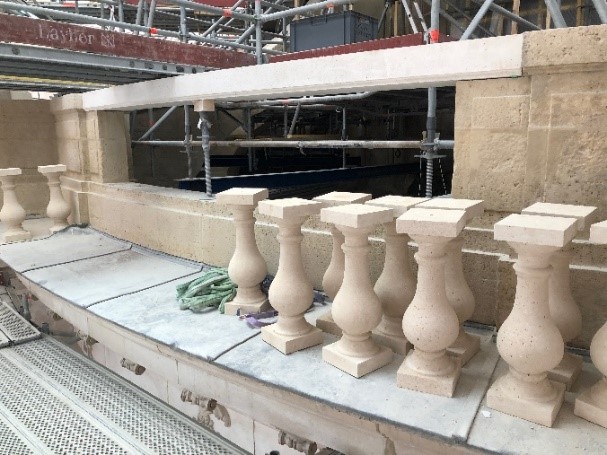 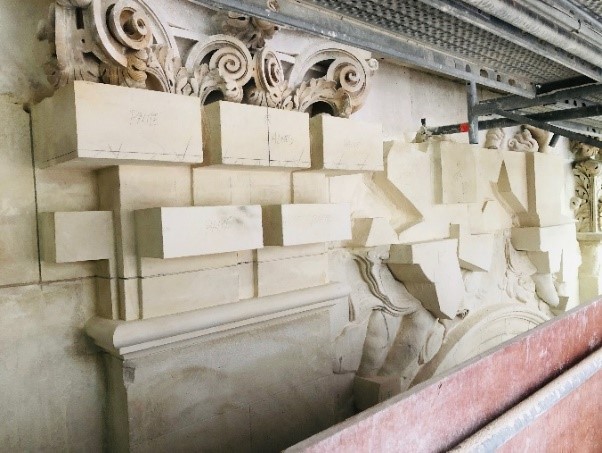